Whether it’s the slickly shaven legs that occupied television ads in the '90s and 2000s or modern-day feminists growing and coloring their armpit hair, the fuzz that adorns our bodies has been a hotly contested point around both adopting and rejecting traditional beauty standards.

Occupying this gray zone of body politics is shave and body care brand Billie. With an affordable yet highly effective product that brought a cool new edge to the female razor market while giving a (well-manicured) finger to the Pink Tax, the company made a splash in the industry—including through $35 million Series A funding, a highly publicized P&G merger which was stopped by the FTC, and Edgewell’s acquisition of the brand for $310 million.

Big budgets and mergers aside, the Billie team has stayed true to its starter mission: destigmatizing and normalizing the world of body hair. As a continuation of Project Body Hair, the company recently launched its Rules of Body Hair campaign, a thought-provoking film addressing how we would all relate to our own prickly bits if we had a chance to start over with a clean (be that shaven or unshaven) plate. Aside from the video format, Billie has also co-authored A Kids Book About Body Hair in partnership with A Kids Company About, which aims to shed a positive light on the subject for young children, with 100% of the net proceeds benefiting youth development organizations. The book is currently available on the Billie website and will launch with A Kids Company About in September.

On the cusp of this empowering initiative, BeautyMatter spoke to Billie founder Georgina Gooley about being the first brand in a century to show body hair in advertising campaigns, releasing the subject from shame, and fostering personal body autonomy.

What inspired this campaign?

As a brand, we have always maintained that shaving is a choice, not an expectation, and we’ve sought to relieve the pressure on women to be hairless. It felt like a natural next step was to address when and how we become so ashamed of body hair to begin with. What we found was that shame sets in at a very young age, typically when someone points out their hair in a not-so-nice way, and we wanted to change that for future generations.

What has the reception to Project Body Hair been like? As a shaving brand promoting body hair autonomy, have you received any pushback from people?

The response was overwhelmingly positive, especially among women. We had women from all over the world engaging with the brand in support of our message. Of course, whenever you shake up convention, you risk pushback, and this was no exception. But any pushback just validated the importance of what we stand for and the need to further release womankind from the burdens of so many unrealistic expectations they're likely to face. 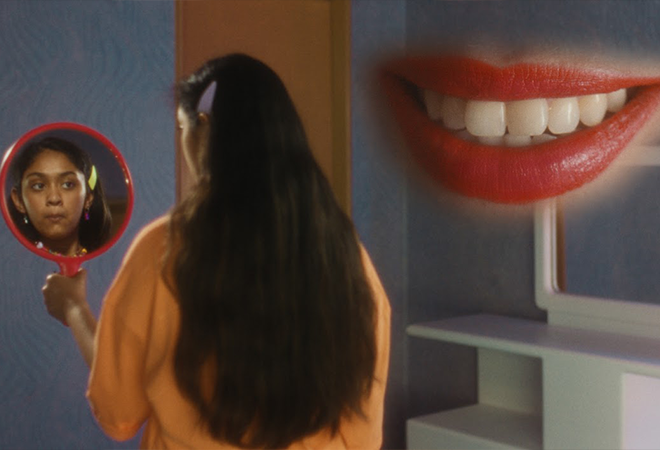 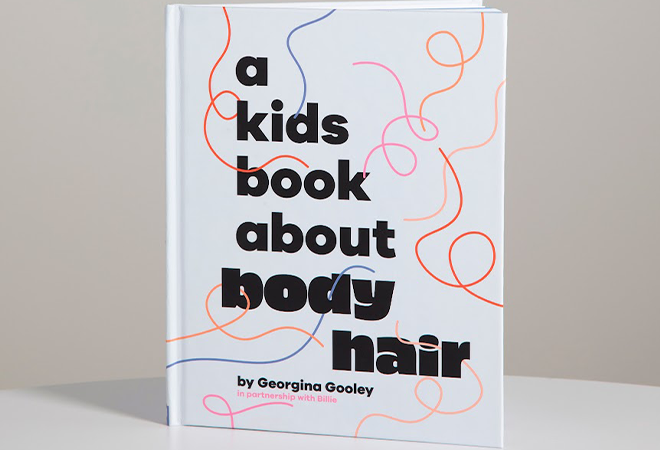 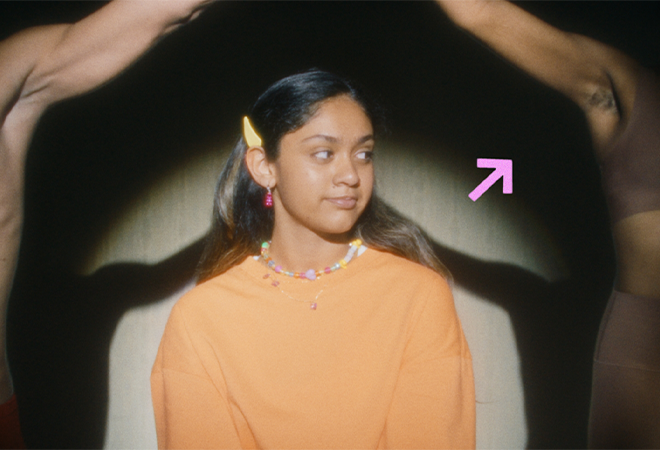 "We don’t think there should be rules around our body hair. We want to encourage everyone to decide for themselves what they want to do."

What are the marketing and mindsets currently present that hinder a more normalized approach to body hair?

When we started, we were the first brand to show women’s body hair in the 100 years of shave advertising. While other brands have since followed suit, it’s going to take a lot more work to undo a century of societal norms and expectations.

What was the process of co-authoring the book with A Kids Company About been like?

It was a highly collaborative and fun process for myself and the Billie team to write and design the book with A Kids Company About. A lot of the inspiration for the book came from personal stories and experiences from both teams, and in the end, we made something we are all proud to share with both parents and kids.

How are you hoping to rethink the rules of body hair?

We don’t think there should be rules around our body hair. We want to encourage everyone to decide for themselves what they want to do. To do that, we need to get to kids before the shame starts. We hope this book gives them a positive introduction to body hair so that their first experiences are ones of discovery, normalcy, and maybe even a little bit of pride.

What are your plans with Billie for the future?

We'll continue to champion womankind through our work and our offering, always.

75 Years of Cetaphil: What the Universally Beloved Brand Has in Store